Being Soft - In Power, Diplomacy, and Skills - Can Make a Leader Out of You

Never underestimate the power of soft skills to advance your leadership influence — and earn you strange local cakes. 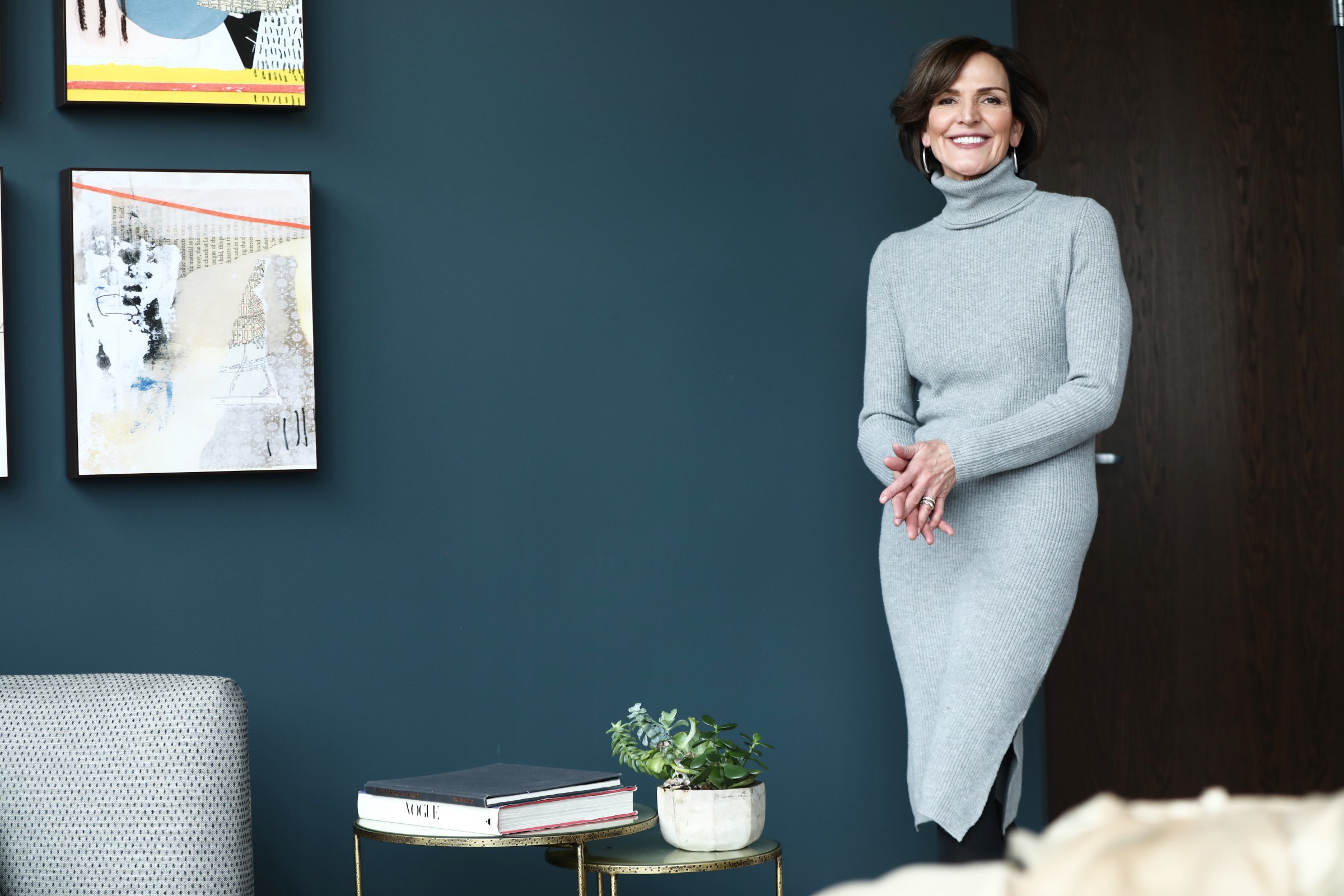 Many discount the power of soft skills because their impact is difficult to measure. I also think the word “soft” may have something to do with neglecting these valuable leadership tools. However, I’ve seen their power at work in my own career — the ability to communicate effectively in different milieus, for instance, has helped me to advance in many organizations — and it’s part of the reason I’m so passionate about helping others to hone their soft skills.

Soft skills such as cultural competence are necessary in our increasingly connected, global world.

Take soft diplomacy, for instance. The term was coined by ISPD founder Ines Pires, and it is essentially the glue that holds protocol, diplomacy, and cultural competence together. All of which are necessary soft skills in our increasingly connected, global world.

Let me give you an example. I was the brand new manager of a failing, small barge-loading grain elevator on the Mississippi River. My job was to resuscitate the elevator, which was on its last gasp, and so were its employees. I had just made my third trip in a week to the local ER with an injured employee.

Still, I was bright and raring to go in my new company pickup truck. I knew I could turn things around and save the facility. But as I pulled into the hamlet, my heart grew heavy. This place was sad, far removed from its glory days — if there were any.

It was the kind of place where a quart of beer is currency.

Plus, no manager ever stayed there long; it was a stepping stone to better opportunities. I explained that I was here to help. I’d trade, they’d put grain through the elevator, we’d make a good profit, and we’d all keep our jobs.

They’d heard the speech many times before. I was nothing new, and frankly, I was too late — they’d already given up. They made it clear I wasn’t welcome. They didn’t need or want any more “outsiders.” As I looked around, all that was left was an abundance of defeatist attitudes, apathy, and negligence.

I didn’t know it then, but soft skills would be my savior.

I had meetings with the staff and tried to be the kind of manager I wanted to work for. I explained that if we couldn’t get it together, the facility would close. I realize now that was a threat — a stick — and not the most diplomatic approach, but I would soon learn better.

I made a list of what we needed to do, volume of grain, the profit we needed to sustain ourselves. It fell on deaf ears. Privately, the head office told me if we made a profit, I would receive a bonus — a carrot. A bonus seemed like a pipe dream, but I dug in, buying grain, and delivering it, but we couldn’t get the barges loaded well or on time. The grain quality wasn’t blended well, which cost us money, and we were slow.

Plus, our staff kept getting hurt — sprains, strains, accidents that needed stitches. We were slipping. Something had to change and fast, and the easiest thing to change was me!

I decided to spend time helping out to see the daily operation up close and personal. It wasn’t difficult; I grew up working in a grain elevator, but that was news to the crew. At first, when I showed up with a hard hat and steel-toed boots, they had a good laugh. But they quickly realized I knew more than they thought, maybe more than they did.

As I showed more interest in them and their work, their engagement began to climb.

Communication increased as I dropped the threats and really listened to them. Listening is another extremely valuable soft skill, and it showed that I wanted to understand what was going wrong and right in different facets of the business.

The “softer” and more plentiful the skills the better

One day, the elevator superintendent walked into my office with his head hung low. I looked up from my desk, and his oversized belt buckle caught my eye. “Lover, Fighter, Wild Bull Rider,” it proclaimed. Now, this guy weighed about 120 pounds soaking wet, so I questioned the validity of the message. I asked him about it, and he smiled and told me that he wanted to be a bull rider. I suppose the superintendent thought the “Lover, Fighter” was inferred.

His head hung again, and without making eye contact, he said, “How do you spell “hernia”? I asked if someone was hurt again — more paperwork — and he said yes, he was. We jumped in my truck, and back to the ER we went. Thank God our injuries were never serious, and we were getting better, but we still had work to do.

When we got back to the elevator, I called a meeting. This was it. No more carelessness. Someone could get seriously hurt.

In addition to careful listening, I took more time to explain things.

I also began to teach different people new skills in order to connect everyone’s work. For instance, I showed some of the staff how to create daily grain bids and explained the basics of grain trading, “buy low, sell high.”

I didn’t know it then, but I was using my soft skills to build a more engaged culture, uniting us under a single mission. It made the staff feel valued and included, which was new for them, and they began to take an interest. Soon they started asking me, “What’s our bid today? What’s barge freight trading at today?” My assistant wanted to learn how to buy grain. So, we worked together, and she bought her first truckload of corn.

Her absenteeism issue faded quickly as her performance improved.

Even the safety officer became more engaged as he held safety meetings every morning. Now, he began to craft and run the sessions, not just read from a book.

He took the initiative and began calling other elevators in our system to share and learn from his counterpoints. I heard he was bragging about being on essential conference calls to improve our safety numbers.

Safety became a job one priority. Before when I posted a list of safety issues to address, I failed to read the room — a key soft skill — and didn’t notice that they didn’t like the directive. Heck, they didn’t like me! But now the safety officer made his list of safety issues the same as mine, and he made sure things got done. My trips to the ER went to nearly zero.

The power of soft

Our little elevator began to come to life; and we were making a profit. We came together as a unit, trading, blending, and loading barges on time to send downriver.

It took some time, but a once motley crew morphed into a well-oiled machine.

The team took pride in their jobs and in themselves, and it paid off. The carrots and sticks were replaced with genuine respect and dignity, and we became successful.

That success meant something much deeper than I realized in that moment. The impact of my work as a leader, and our work as a team, truly came home on my 30th birthday. Thirty is a milestone birthday for most women, and I was no different. I don’t think I could have felt worse, what with all of my close friends marrying and having babies, and me stuck in a tiny grain elevator with this ragtag group of misfits in the middle of nowhere.

I thought I would be further along, working at a bigger place, and yet here I was.

My thoughts and feelings were like a labyrinth, and I was surprised when the crew presented me with a birthday cake. It had a hole cut in the middle, in which they had placed a quart of beer. My assistant read my expression and whispered to me that this cake was an honor reserved for locals — “no outsiders.” My astonishment disappeared as I realized the significance of this strange custom. It meant I’d been truly accepted, and I took the gift in the spirit in which it was given.

In one moment, my emotions went from in the dumps to off the charts. As my Dad, a grain business veteran, always said about the business, “The highs are high, and the lows are low.” How true.

In retrospect, I was practicing “soft power,” a concept and term coined by Joseph S. Nye, former Dean of the Kennedy School of Government at Harvard University. In his book Soft Power: The Means to Succeed in World Politics, Nye defines soft power as “getting others to want the outcomes that you want — co-opts people rather than coerces them.” By contrast, hard power is dependent on “carrots,” or inducements, and “sticks,” or threats.

Soft power is getting others to want what you want. By contrast, hard power depends on “carrots” and “sticks”.

As the leader, I had to learn how to read the room and appreciate the unique culture in our little hamlet. Once I began to change, to lean in and listen, to illustrate my commitment to the betterment of the team, soft power was all our crew needed before they began to unwittingly polish their soft skills. We communicated better and together we created a culture based on dignity and respect.

At that time I had never heard of soft power, soft diplomacy, or soft skills, but I was fortunate that these qualities evolved naturally for us as we came together for a common goal. I’m grateful I had such a rewarding learning experience at our little barge loader on the Mississippi River. The lessons I learned there have served me well throughout my career and life.

I’ve thought about my old superintendent fondly over the years and wondered if he ever got to ride a bull. Regardless, I remember that he was a “Lover, Fighter, Wild Bull Rider.”

Heidi Dulebohn is a graduate of Stephens College, Columbia, Missouri, and holds an MA Degree with Distinction from the International School of Protocol and Diplomacy in Brussels, Belgium, with a concentration in Cultural Competence. She has an Executive Certificate in Non-Profit Management from the Kellogg School of Management, Northwestern University, and is currently enrolled in a similar program at the John F. Kennedy School of Government at Harvard University. Heidi’s infectious interest and passion to learn, participate, and appreciate the social world around us never ends. As she likes to say, “I’m not done yet.”

What are Major Technology Trends for Small Businesses?

From medical advancements to the digitisation of the workplace, the world has undergone an unforeseeable transformation.

The right tools you need to make a fun and productive workplace.

Building Trust In The Virtual Workplace Vs. In Person

More employers are now treating telecommuting and virtual work experience as a skill. Here’s how to keep the trust.

X
Get our monthly newsletter with our latest blogs ➡️

Thank you! Your submission has been received!

Oops! Something went wrong while submitting the form.